Perception often leads to reality. In the final weeks of every December, we conduct an industry-wide survey in cooperation with the 11 premier Real Estate Professional Associations, whose Career Centers are powered by SelectLeaders. Again, this year, a rich mix of Real Estate Professionals: Candidates, Employers, Principals, Top-line Managers, and HR Executives share their insights and perspectives on the Real Estate Job Market and its prospects for the year ahead … in their own words.

In 2012, we are happy to report that compensation increased for 42% of you.

Perception often leads to reality. So in late December, SelectLeaders Network conducts our industry-wide annual survey of how the collective wisdom views the year ahead. Again a rich mix of about 900 real estate professionals and employers – principals, top-line managers and HR executives – delivered some very interesting insights and perspectives on 2013.

In 2009 we reported that 85% of employees were asked to take on additional responsibilities for the same pay. Many wrote that they had taken on the responsibilities that 3 people had in early 2008. In 2012, we are happy to report that compensation increased for 42% of you. And for 2013, 56% anticipate an increase in total compensation (salary and bonus). While many expect to have more money in 2013, the workload did not appear to significantly diminish. In 2012, 37% of companies reported hiring remained the same as 2011. 35% of companies saw an increase in hiring. Our survey has indicated a steady, but slow, rise in hiring beginning in 2010, and increasing to about 30% for the last two years. However, 28% report that hiring decreased for their company in 2012.

“Putting too much work on people who are already overloaded” as well as Age-Discrimination – with everyone stating that the other ages were landing the JOBS – were perceptions shared by many. Rumors that college students are abandoning real estate programs appear to be unfounded with 70% having no problem hiring recent real estate graduates. In 2012 we also heard a lot about “Succession Planning”. But when queried, 42% reported that since 2009 the most senior level manager hired came from outside the company. Only 23% of senior managers hired came up through the ranks. A senior HR Executive shared this perspective, “Senior Manager hiring from outside is well reported. Question: is this positive absorption, or are just as many leaving? Leaving is not well reported.”

While pointing out all the problems, most felt that things got a little better in 2012. As far as 2013, one respondent advised, “Hope for the best, plan for the worst.”

Compared to last year, in 2012 did your base salary: 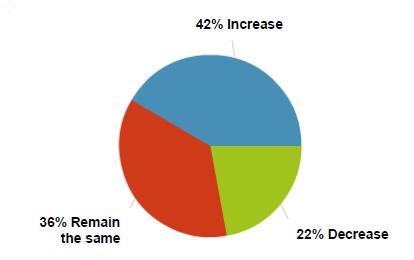 In 2013, do you expect your total compensation (salary+bonus) to: 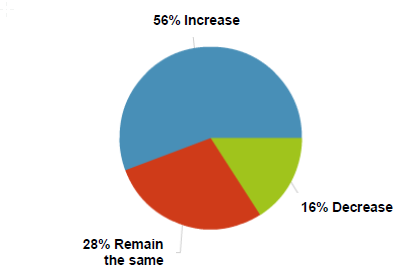 It has been reported that students are not choosing careers in Real Estate. Has your company had difficulty finding entry-level candidates?

Compared to the previous year, in 2012 did your company’s hiring: 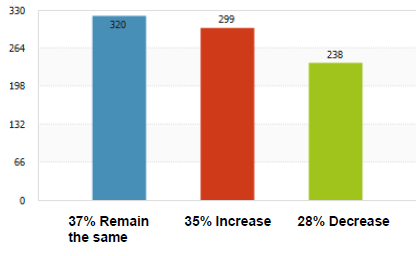 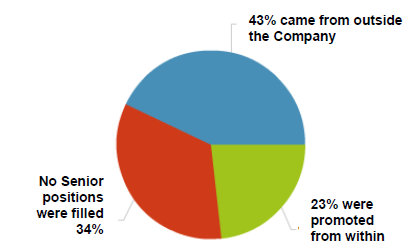 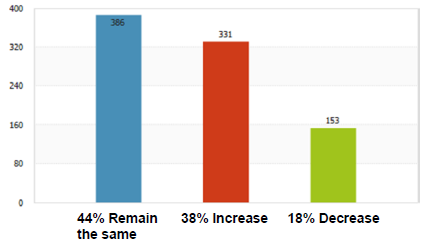 In your own words, please provide any perspectives and insights on the year ahead…

With a rich mix of 877 Real Estate Professionals surveyed, we share with you what your colleagues are saying about the commercial real estate job market and its prospects, in their own words:

Methodology: The survey was emailed to Employers registered on the SelectLeaders Real Estate Job Network in the last weeks of December, 2012, and also to registered Job Seekers who have opted-in for emails. The survey was conducted using a web-based survey program.